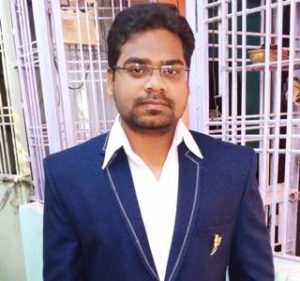 Designation: Lecturer
Qualification: M.Tech CSE (IIT Guwahati)
Research Area: Image and video processing
Email: anooprathore.iitg@gmail.com, anoopkumar.rathore@mp.gov.in
Phone No.:8982377518
About: Anoop Kumar Rathore is a lecturer in Computer Science and Engineering department, Government Polytechnic College Sidhi M.P,where he has been since 2015. He has almost four years of experience in teaching and guided many students for their projects. He has completed his M.Tech from IIT Guwahati in the year 2015 and his B.Tech from University of Allahabad in the year 2012.

During his Masters from IIT Guwahati he had worked in the field of Invisible video watermarking. He is also the second author of a journal published on 14 sept 2016 in Springer named “A robust watermarking scheme against frame blending and projection attacks”. He has qualified GATE examination in the year 2012,2013 and 2015.

Currently his area of interest in teaching are Programming in C, Computer Architecture, Data Structure and Algorithms, Python and Computer Networks.